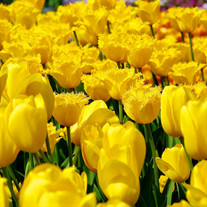 Daniel Briscoe Owenby, 74, of Fairview passed away on Sunday, October 15, 2017. A native of Buncombe county, he was the son of the late Willard and Eula Hall Owenby. Dan was also preceded in death by his son, Stephen Daniel Owenby; and a niece, Kara Travis. He retired as the Vice President of Research and Development from Beacon Blanket Manufacturing of Swannanoa, NC. While at Beacon, Dan developed many different products including a foot warmer and held several different patents for those products. Dan traveled extensively all over the world working with companies such as Disney, Ralph Lauren, Tommy Hilfiger and Kate Spade for product development. Dan was a member of Harvest Time Assembly of God in Asheville. He was a member of the Prayer Team, a Praise Dancer, and Usher for the church. Family was important to Dan and before his illness he loved to pick up his grand daughter, Abigail, from school usually being the first car in line! He would most times have something planned for the two of them to do. Together they enjoyed trips to Lake Julian to feed the ducks, going out to eat, climbing trees or driving the tractor. He always referred to his wife, daughter and grand daughter as “his girls”. Dan’s love language was acts of service to others. He planted a field of tulips for his wife creating an image of a large yellow blanket. No task was too large or small for him to give his time and energy to “his girls”. Dan is survived by his wife of 44 years, Pamela H. Owenby; a daughter, Michele Owenby James; a grand daughter, Abigail D. James; and his nephew, Kent Travis. A celebration of Dan’s life will be held at 7pm on Friday, October 20, 2017 at Harvest Time Assembly of God, 225 Summit Street, Asheville, NC 28803 with Pastors Darrell and Sandy McClaren officiating. The family will receive friends beginning at 6pm and are invited to share in desserts following the service at the Harvest House.

Daniel Briscoe Owenby, 74, of Fairview passed away on Sunday, October 15, 2017. A native of Buncombe county, he was the son of the late Willard and Eula Hall Owenby. Dan was also preceded in death by his son, Stephen Daniel Owenby; and a niece,... View Obituary & Service Information

The family of Mr. Daniel Briscoe Owenby created this Life Tributes page to make it easy to share your memories.

Daniel Briscoe Owenby, 74, of Fairview passed away on Sunday,...

Send flowers to the Owenby family.