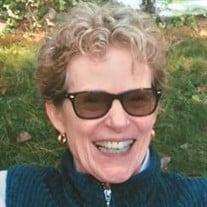 Jere Michele Dabbs, 67, of Flat Rock, North Carolina, died peacefully in her home on April 25, 2016. Jere was born in Santiago, Chile, on September 24, 1948 of James Winters Dabbs and Marjorie Meadows Dabbs, now deceased. Following the untimely death of her father, Jere was raised in Bessemer, Alabama, among a house of women, including her mother, grandmother, and her two sisters, Melanie and Susan. Jere graduated from the University of Alabama with a degree in romance languages. After a fulfilling career at Pfifer Wire in Tuscaloosa, Alabama as International Marketing Manager, Jere joined the United States Foreign Service in 1982 as a trade consul and commercial attaché with posts around the world. She was one of very few women in the United States at the time to pass the nine hour Foreign Service Exam. She was first stationed in Caracas, Venezuela, followed by London, England, where she met Francis Cleary. The two were married in September 1989 in a small ceremony in Winston Salem, North Carolina amid the wailing winds of Hurricane Hugo. Always the optimist and exquisite hostess, Jere pulled on rain boots and helped light candles for her guests during the power outage at her wedding reception. Her marriage to Francis also brought Jere the love of his children and their spouses: Barbara, Michael (Teri), Maureen (Ben), Patricia (Will), and Karen. Jere’s next post was in Quito, Ecuador, followed by Vancouver, British Columbia, and finally in Reno, Nevada. At each post, she left a legacy of respect and accomplishments for both her host countries and for our own country. Jere considered her proudest career accomplishments to be “the wonderful, deserving people” she was able to promote. Jere retired to Flat Rock, North Carolina, with her husband Francis until his death in October 2013. In 2014, Jere was reunited with Richard Snow of Tuscaloosa, Alabama--a love for the ages. Jere and Richard shared enough love in their short relationship to account for a lifetime. Jere made the world a better place in ways we will never fully know. She embraced joy, love, tolerance, respect, and hope. She spread these things to all of us and to those we don't even know. Jere is survived by her sisters, Melanie Dabbs (Brice Callaway) of New Market, AL, and Susan Dabbs (Jack Braswell) of Winston- Salem, NC. She is also survived by her beloved niece and nephews, Natalie Broyhill (Penn Broyhill), Jackson Braswell (Jen Bowers), and Louis Elliott, all of Winston- Salem, NC. Jere also leaves the Richard Snow family of Tuscaloosa, AL, who embraced her with warmth from the day she and Richard were reunited. Celebrations of Jere’s life will be held privately. In lieu of flowers, donations may be made to The Southern Poverty Law Center, 400 Washington Avenue, Montgomery, AL 36104. God speed, Jere.

The family of Jere Michele Dabbs created this Life Tributes page to make it easy to share your memories.

Send flowers to the Dabbs family.