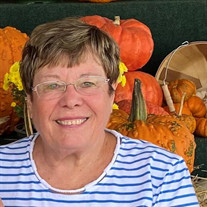 Judithann "Judi" Choiley Milton, 78, of Fletcher, passed away on Thursday, December 23, 2021 at Pardee Hospital. Judi was born on June 1, 1943 in Orlando, Florida. Her family relocated to Long Island, NY where Judi graduated from Baldwin High School in Baldwin, NY in 1961. In 1963 the Choiley's moved their family to Hollywood, FL where Judi began a career in banking. She married James Milton in February 1970 and they welcomed their daughter Jennifer Lori Milton In August 1975. After their divorce in 1977 she continued to live in Hollywood working for what was then Caribank. She and Jennifer moved to Arden, NC in 1989 and Judi opened her own mortgage company that she ran until she retired. She and Jennifer were members of Nativity Lutheran Church in Arden. To keep herself busy Judi began substitute teaching and tutoring at Estes Elementary and surrounding elementary schools in the Roberson district. She got a lot of satisfaction in helping students raise their grades and pass their tests with her help. During her "Golden Years" she enjoyed swimming at the Reuter YMCA where she forged many friendships. She was an avid reader and belonged to 2-3 book clubs simultaneously. One of her favorite past-times was spending time at the family place on Lake Keowee which held a special place in her heart. She had a tight knit group of friends that dubbed themselves The Mermaids. They spent time at the lake "cottage", afternoon luncheons, and other social engagements. Family was her number one priority. Judi will be remembered for her unconditional love for her daughter Jennifer and her grandchildren who lovingly called her Grammy. Judithann Choiley Milton is survived by her daughter Jennifer Milton of Fletcher, granddaughter Alycia Milton (Jordan Alexander) of Arden, grandson Josiah Johnson of Fletcher, and great-grandson Brooks Tate Alexander of Arden as well as loving extended family and a host of long-time friends. Judi is preceded in death by her parents Mitchell and Dorothy Choiley and her brother Robert. The family will receive friends from 2 pm-5 pm on Saturday, January 8, 2022, at her home.

The family of Judithann Helen Milton created this Life Tributes page to make it easy to share your memories.

Send flowers to the Milton family.