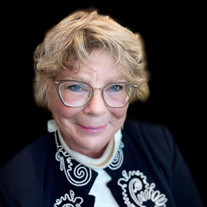 “If we live and if we die, we belong to Jehovah” – Rom 14:8 Pam was born August 4, 1958 and her only sibling was her dear sister Janet Lee Froystad. They were adopted in 1960 by Kay and Richard Fielitz and were raised in Chardon, Ohio. At the very early age of 11 Pam had already decided the direction of her life and dedicated herself to Jehovah and was baptized October 25, 1969. As a child she regularly read and meditated on the Watchtower article series “Pursuing My Purpose in Life” which moved her forward to who she became. September 1, 1975 she was appointed as a full time minister and continued as a full time minister for the next 45 years. Along the way she touched the hearts of many due to her depth of spirituality and her love for life. If there was a singular theme to Pam’s life it was “Move Forward” as she said or “you’re just getting older.” Those words “Move Forward” remind us of what the apostle Paul wrote at Philippians 3:13. 13 “Forgetting the things behind and stretching forward to the things ahead”. Yes, Pam was always striving to move forward spiritually. She had disappointments like all of us but she never focused on them. She kept a positive forward moving spiritual viewpoint. The focus was always on strengthening and up-building others, even her husband. As sick as Pam was, she talked about it very little. Pam fell asleep (Daniel 12:13) on May 1, 2020 and is survived by her husband Cal Struthers and her dear sister Lee Froystad. “He is a God, not of the dead, but of the living, for they are all living to him.” – Luke 20:38

The family of Pamela Ann Struthers created this Life Tributes page to make it easy to share your memories.

Send flowers to the Struthers family.