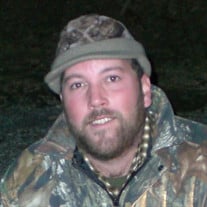 Paul “Daniel” Chandler, 42, went home to be with his Father in heaven on July 20, 2016. He was born September 29, 1973 on the Fort Sille military base, Lawton, Oklahoma, the son of Debbie Nelson, Asheville, and the late Paul Chandler, Las Vegas. Daniel is survived by his daughter Madison Chandler, mother Debbie Nelson, stepfather David Nelson, brother David Nelson, Jr. and wife Jana, sister Sabrina Nelson Gilbert and husband Patrick, nephew Vincent Nelson, niece Autumn Gilbert and several aunts, uncles, cousins, and friends. As a good friend stated, Daniel danced to the beat of his own drum. He was always most at home in nature. He was a certified plantsman and expert in the field of horticulture. Hunting, fishing and camping were among his favorite outdoor activities. Throughout his life he took care of many creatures small and large. He was a lover of great music, enjoyed golf, and wood carving. Daniel was well versed in trivia. He was an experienced practical joker. He was never ashamed to talk about his faith and shared the story of his salvation with many. Psalms 23. A prayer and picnic gathering will be held in his honor at North River Farms, at the corner of Whitaker Lane and North Mills River Road, Mills River, NC 28759 at 5:30 PM on Saturday, July 30, 2016.

The family of Mr. Paul "Daniel" Chandler created this Life Tributes page to make it easy to share your memories.

Send flowers to the Chandler family.