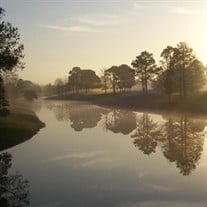 With deepest sorrow, we announce the passing of David Franklyn Bradley, age 59, on July 25, 2019. David was born in Hendersonville on November 24, 1959 to Henry Austin and Juanita Bradley. He was the grandson of Cleophus and Ida Jane (Woody) Bradburn of Asheville, and of Clarence and Sarah (Middleton) Bradley of Saluda. David was the namesake of David Franklin Bradburn, of Greeneville, TN. David grew up in Saluda and moved to Hendersonville as a teenager. In Saluda, he enjoyed hunting and fishing with his dad in Green River Cove. David was a shy child, who enjoyed music, playing the piano, trumpet and guitar. He graduated from East Henderson High. David was a frequent trumpet soloist with the band, in local orchestras, and with the Sound of Singing Youth at the First Baptist Church. David also loved beagles, BBQ and bluegrass music. He loved gardening and fresh tomatoes right off the vine. David enjoyed military history and genealogy. David graduated from the UNCA with a BA in Political Science. He received an MBA in Finance from Wake Forest. David worked in management in retail sales and in the chemical industry. He spent his career in Nashville, Atlanta, Charlotte and New York City. David is survived by twin daughters, Emily and Sarah Bradley of Florida; his sister, Carol Ann Bradley Starr (Clyde) of Florida; a niece, Cyndi Bradley Rivers (David) of Simpsonville; three nephews, David (Marti Leigh), Daniel and Thomas (Kathryn) Starr, all of Florida. He has six grandnieces: Lindsay, Courtney, Abby, Adalynn, Evelyn, and Annaleigh; and two grandnephews, Landon and Gabriel. He has one great-grandniece, Aspen. David was one of 54 first cousins, and he leaves many extended family members to mourn his passing. David was predeceased by his parents, Austin and Juanita Bradley; his brother, H. Austin (Jr), and a niece, Elaine. Memorial donations to The Gideons International, P.O. Box 97251, Washington, DC 20090 would be an appropriate remembrance as he supported them over many years. A private memorial will be held. David will be interred at Forest Lawn Cemetery.

With deepest sorrow, we announce the passing of David Franklyn Bradley, age 59, on July 25, 2019. David was born in Hendersonville on November 24, 1959 to Henry Austin and Juanita Bradley. He was the grandson of Cleophus and Ida Jane (Woody)... View Obituary & Service Information

The family of David Franklyn Bradley created this Life Tributes page to make it easy to share your memories.

With deepest sorrow, we announce the passing of David Franklyn...

Send flowers to the Bradley family.