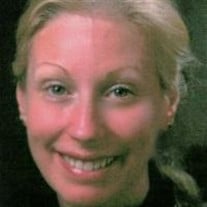 Deborah Krida Dubois, also known as Debbie or Kri, passed away on June 10, 2021 in Asheville, NC. Debbie was born in Haverford, PA, where she spent her early school years before moving to Silver Spring, MD in 1965. She attended Northwood High School, where she acquired her lifelong love of metalsmithing in Mr. Nye’s general metals course. It was in this class that she met two women also named Debbie (various spellings) that shared her passion for making jewelry. Together, they formed a company called Tri Deb’s Rings and Things and sold jewelry in 26 stores from Phildelphia to Virginia Beach. In 1968, she moved to Key West, FL where she made jewelry and sold her pieces to local galleries. The following year, she returned to Maryland and continued to refine her craft while silversmithing at Marco Polo in Bethesda, followed by an apprenticeship in a wholesale shop working her way up from polishing and delivering pieces to soldering chains over and over again. At Theodore Nye on Connecticut Ave, she set stones in a glass room where customers could watch her work. She continued working behind glass at Towne Silver & Goldsmith in White Flint Mall. She began teaching students at the foot of her bed in a two-bedroom apartment in 1979. In 1987, together with some of her students, she became a founding member of the Annual Pleiades Art Exhibition and Sale in Garrett Park and she participated in this show for a decade. She continued teaching classes, courses and workshops through the Washington Guild of Goldsmiths, Montgomery College, Glen Echo Park, Longwood University, Touchstone Center for the Arts and others. Her teaching was well received by her many students. Between 1981 and 1999, she was contracted to repair and clean several pieces in the Gem Hall of the National Natural History Museum including Marie Antoinette’s earrings, Napoleon’s diamond necklace, the Post Diamond Tiara, and the Hope Diamond; most notably she spent 125 hours reconstructing the Empress Marie-Louise Diadem. In 1996, she became an Artist-In-Residence at Glen Echo Park. In 1997, Debbie earned a Maryland Art Grant. She was the President of the Washington Guild of Goldsmiths between 1996 and 1998. She was contracted by the Hillwood Museum to create and fabricate pedestals for Faberg? eggs. She studied blacksmithing at Touchstone for several years. Her most recent art incorporated nature, like acorn caps and bits of the Wye Oak. Her love of learning didn’t stop with artistic endeavors, and Debbie began studying energy healing work with Qi Gong in 1995. After she became a Reiki master, she continued to study several other healing energy modalities. She became a reverend (and married several couples), and was also a priest of the Order of Melchizedek. Ever evolving, Debbie named herself Kri, moved to Asheville in 2006, and joined the Southern Highland Craft Guild. Her jewelry pieces were shown in the Folk Art Center, Grovewood Gallery, Arrowhead Gallery and other galleries in North Carolina and Tennessee. Her artistic passion knew no bounds. After a stroke in 2011 that stripped her of most of her ability to speak and the use of her right side, Kri learned to use her left hand and began coloring, drawing, and painting, even created some jewelry. She spent the last decade under the loving and dedicated care of the staff at Stone Creek Health and Rehabilitation. She is preceded in death by her father Robert Hugh Krida, her mother Mary Louise Krida and her dog, Ms. Brooks. She will be missed by her daughter Dawn, her son-in-law Kevin, her granddaughter Eleanor Mae, her brother Jeffrey and his wife Rebecca, her brother Mark, as well as many other family members and friends. A celebration of life memorial tea will be held on August 12, 2021 at 3:00 pm in the Ballroom Backroom (behind the Spanish Ballroom) at Glen Echo Park in Glen Echo, MD. In lieu of flowers, we ask that donations be made to the Southern Highland Craft Guild (https://www.southernhighlandguild.org/donate/), UR Light Center (https://urlight.org/), or the Glen Echo Park Partnership for Arts and Culture (https://glenechopark.org/). Her spirit and energy greatly inspired many. She leaves behind so much beauty. Her radiant smile will not be forgotten.

Deborah Krida Dubois, also known as Debbie or Kri, passed away on June 10, 2021 in Asheville, NC. Debbie was born in Haverford, PA, where she spent her early school years before moving to Silver Spring, MD in 1965. She attended Northwood High... View Obituary & Service Information

The family of Deborah Krida Dubois created this Life Tributes page to make it easy to share your memories.

Send flowers to the Dubois family.