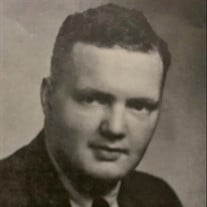 Everett Walters went to heaven today, leaving behind his wife Carol G. Walters of 44 happy years, a stepdaughter he treasured Kiki Wynn Farmer, nieces and nephews Lynda Miller & Don of High Point, Clark Beeson & Sharon of Jamestown NC, Curtis Beeson and Jennie of Raleigh, NC. Everett Attended Curry High School in Greensboro, NC, graduated Wingate Jr.College and graduated NC State University Fall of 1966. Everett’s 1st job was with Ford Motor Company trim plant in Utica, Michigan where he was supervising 200 ladies twice his age sewing seats for a brand new Ford car called the Mustang. He often told me they taught him language his mother would not be proud of. He came back south and worked in supervisory positions at Gilbarco, in Greensboro. Binnings window plant in Lexington, Dezurik in La Grange, GA, Fleco in Florida, and Jordan company in Memphis. Everett and his family came home and he spent his last 30 years working with a dear friend and owner of K & S Tool & Mfg. In retirement, he enjoyed a part-time position here in Hendersonville, NC. Driving cars for Hunter Automotive. He loved target shooting with his stepdaughter, traveling with Carol, and attending family gatherings where they all gathered in the kitchen and sneaked herbs into dishes. For years he was Sunday Morning Chef at the old homeplace he loved where aunts & uncles gathered before church. After church for years, the family gathered for bridge and dinner. He played bridge with Carol and a group in Hendersonville and also daily on the computer. He was a Tom Clancy, Robert Parker among other mystery writers and read often. There will be no funeral, but the family will hold a memorial in the spring. St Judes was his favorite place to send memorials. Expressions of sympathy can be mailed to Carol Walters at 4 Cedarbrook Drive, Hendersonville, NC 29793.

The family of Everett Pinnix Walters created this Life Tributes page to make it easy to share your memories.

Everett Walters went to heaven today, leaving behind his wife...

Send flowers to the Walters family.